Did you know that the DOL’s EBSA agency has 873 FTE’s and nearly 80% of their $183 million budget dedicated for enforcement? Over the years, we’ve spoken to numerous employers and group benefit plan professionals and, if you’re like them, you’re probably thinking 1 of 2 things: either (a) “Wow! That’s a lot of resources, I better be prepared for an audit!” or (b) “So what? They’ll never get around to auditing me”.

We’d encourage you to think more along the lines of “Wow! That’s a lot of resources, I better be prepared for an audit!” but if you’re not, consider the following: In FY 2012, the EBSA achieved over $1.2 billion in total monetary results. That’s a 555% ROI. How well did your business do last year?

OK, so we’ve got your attention, but if you’re now thinking, “Yeah, but that’s all retirement action,” you’re plain wrong.

Have any H&W plans ever been penalized by the DOL? The answer is YES!

After examining the DOL’s enforcement database, ComplianceBug found nearly 32% of the health and welfare plans penalized over the past 12 years were in excess of $10,000 and 5% in excess of $50,000.

The DOL’s enforcement data consists of closed EBSA cases that resulted in penalty assessments by the EBSA since 2000. The data provides information on the EBSA’s programs to enforce ERISA’s Form 5500 Annual Return/Report filing requirement focusing on deficient filers, late filers and non-filers.

By bumping these metrics up against the enforcement database, ComplianceBug finds nearly 15% of these enforcement actions have been from Form 5500 violations. The other hundreds of millions of dollars in other penalties include violations for other agencies including the IRS and HHS. In case you have forgotten, in addition to ERISA, the EBSA’s typical audit examines numerous other laws that impact health and welfare plans including the Internal Revenue Code, COBRA, HIPAA and now, (PP)ACA.

So what does this mean for the business and their trusted advisors?

The DOL’s FY 2013 Strategic Plan has a goal to generate $1,172,108,000 in enforcement results through 4,330 reporting compliance reviews. They indicate their enforcement program will utilize a series of approaches (national/regional priorities, civil/criminal litigation, Sample Investigation Programs, etc.) to achieve this goal.

Don’t get caught off guard. Employers are urged to require their insurance broker/agent, carrier/TPA, or other group benefit consultant to provide the necessary tools to measure, illustrate and monitor compliance risk. Knowing the organization’s compliance risk via a proactive compliance assessment and then tracking on-going compliance efforts is the best way to prepare for and ensure when the DOL requests an audit, your health & welfare benefit plans are compliant. 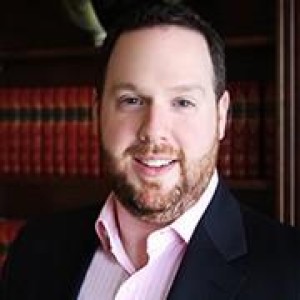